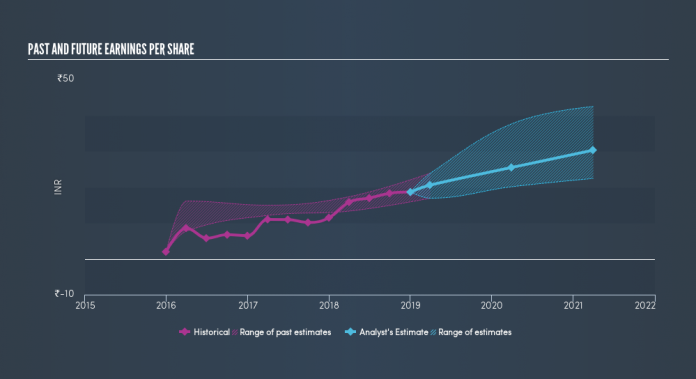 Three months back a number of stocks had reached 52 week low of their share prices. Of the number of scripts listed on NSE there were eleven stocks mix of large, mid and small caps which are tracked bottomfishing.in research team.

Natco Pharma is one of the stocks which has recovered from its 52week low in midst of Indian stock market crash underpinned by vicious cycle of economic slowdown and pullback by investors. Natco hit its 52wk low at 507.7 in May, since past three months it hasn’t dipped below its lowest level.

Nacto has witnessed price recovery at in past one quarter it has delivered growth of 7% on base of its 52 wk low. The volume of traded shares has also improved, the three month average of its traded volume at NSE between June and August was at 179K slightly above the volume it traded at its lowest point.

Natco Pharma is very old company with three decades of experience and in very mature segment of pharma APIs business with huge global exports record. Company has overall good track-record over the years but last year it witnessed decline in both topline and bottomline results. Its  Mar quarter results had witnessed sharp decline over Dec quarter results and subsequent Full year annual results.

Has time changed for Thyrocare Technologies?