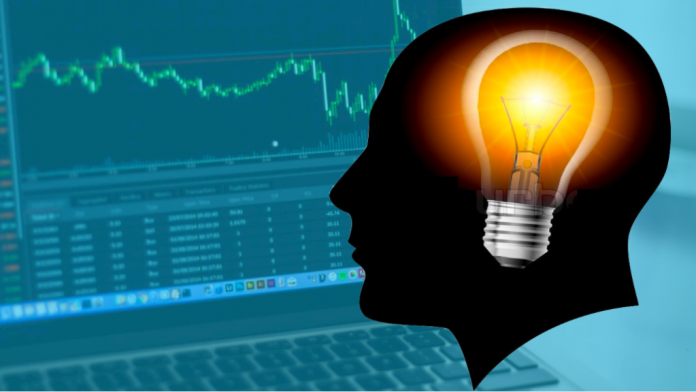 Investing in technology stocks has always remained a challenge not just for small investors but also for large institutional investors. Technology is not the most ideal domain for investments particularly in capital markets as the industry is quintessentially built largely on thin existing ecosystem and in some cases its entirely new disruptive  innovation with no past precedent and no known measurable parameter for success.

History of capital markets in past four decades has been filled with overzealous investors who have made very presumptuous bets in the market based on frivolous projections and industry transformation estimates. It hasn’t changed much since those days, Crypto-currencies, have been the recent case of such phenomenon. Crypto-currency solutions are based on breakthrough technology- Blockchain, a disruptive technology, which will revolutionize and reinvent man industries that will adopt this technology including financial services and currency transactions. Crypto-currencies in past few years have been hailed as new alternative technology solution for traditional money market. Its huge market potential and cross-border implications in monetary transactions caught imagination of every person. No wonder that crypto-currencies soon started trading in the market and investors rallied behind such providers only on the basis of a future projected market and economy. Question that most of the investors ask – what should be the basis of investment in emerging technology stocks?

Though there is not guarantee for the success of any emerging technology in the market, but there are good numbers of parameters to identify success of such technology and participating players.

Leader’s Participation: Tech giants always have money and market share at stake, they keep keen watch on emerging technologies and its impact of business. Their evaluation of a technology’s success has more teeth than those of market speculators. Their evaluation consistently gets reflected in their corporate announcement and measures, which in turn gets disclosed on timely basis. These large technology companies place their bet on such technologies which has higher market adoption potential. Organic development is one such measure through which large companies make such investments, companies never fail to make such announcements in the market and are well captured in public domain. Acquisition of technology capability or acquisition of provider of such innovative or disruptive technology is also good indicator for making investment decision for both large as well as new companies.

Google, Facebook, Apple and Microsoft were the major companies which began courting Augmented Reality (AR) technology aggressively. It was clear indication to the market how significant that technology was for consumer electronics. A number of tech companies with wide-ranging AR application benefited in last five-six years. Lumentum Holdings Inc (LITE), Vuzix Corp (VUZI) and many other companies benefited from the rise of AR technology and its increased market adoption over the years.

Technology Maturity: Industrial application of technology requires maturity of technology for commercial rollout of solutions and services. Blockchain, is disruptive technology which won accolades for its transformation capability. The technology has far-reaching impact of many industries, though it was initially projected as platform for financial instruments and currencies. Maturity of this technology for crypto-currency development and rollout created high level visibility and impact, which caught imagination of other industries; this led to breakout of blockchain solution for various industries such as luggage tracking, paperless travel, customer relationship management and rewards program. Majority of the blockchain based solutions in such industries have only moved from concept stage to pilot demonstration or proof of Concept, still long way from commercialization.

Industry Adoption: one of the most crucial aspects of new technology development is its success at industry adoption, which creates distinction between hype and reality. Internet of Things(IoT) technology concept has been for while and numerous products were created even five years back but didn’t get good market reception, as a result consumer electronics shelved further development of such products.  In 2018 Virtual Assistants started gaining market traction and demand for numerous interconnected devices rose,  IoT based solutions started gaining momentum due to increased market adoption. One of the unexpected outcomes of this development has been emergence of Amazon (NASDAQ: AMZN) and Google (NASDAQ: GOOGL) as leaders in market development of IoT technology, it would be unwise for any Tech investor who is betting of IoT driven future not to invest in Amazon or Google. In one of my previous blogs, “Home IoT: New Turf for Google and Amazon War?”, I had highlighted how both of these tech giants intended to capture consumer electronics driven IoT market. There are number of companies which have direct or indirect bearing on the success of IoT technology. There are other companies such as Sensata Technologies (NYSE: ST), STMicroelectronics (BIT: STM) and Synaptics (NASDAQ: SYNA), which have strong IoT product portfolio. What wasn’t a good investment five years back has good prospect transforming market thanks to digital evolution and communications revolution.

A technology investor has to consistently evaluate new emerging technologies on these ground to at different point of time to not just for price discovery but the right breakout phase to maximize investment gains.