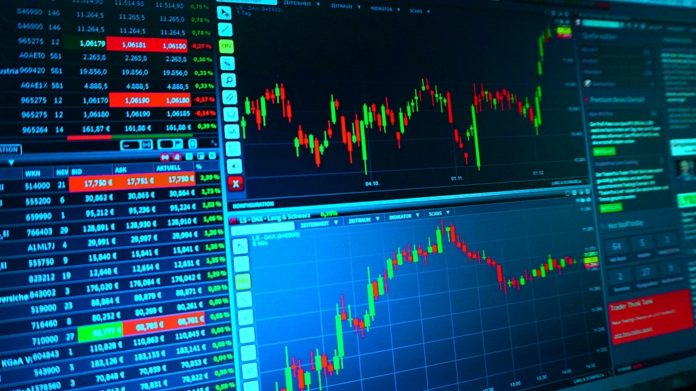 The topsy-turvy markets during the week which saw capital markets in India crashing due to projected negative impact of covid-19 in major developed economies. Despite the crash a number of stocks witnessed both volume and price momentum during the week.

Of the top ten volume momentum stocks four stocks were from Nifty500 & Nifty250 index each and remaining two was from Nifty100 and Nifty50 each.

Mastek Ltd (NSE: MASTEK) was the topmost Nifty index share with volume momentum of 1493% during last week.  Despite the market crash during later part of the week the stock managed price gains of 4%. MASTEK stock price rose to Rs 845 from Rs 810. Blue Dart Express Ltd (NSE: BLUEDART) was the second topmost volume momentum share with 738% spike in trading volumes. BLUEDART stock price rose by 12% during the week. It went up to Rs 3680 from Rs 3294.

TVS Motor Company (NSE: TVSMOTOR) was the only automobile stock in the top ten list. TVSMOTOR stock witnessed over 700% spike in the traded volumes during the week. Its stock price rose by meager 2% during the week.

Hindustan Petroleum Corporation (NSE: HINDPERTO), Adani Gas (NSE: ADANIGAS) and Indian Oil Corporation (NSE: IOC) were three energy stocks in the top ten list. While HINDPERTO stock witnessed spike of 385% in its traded volume but it terms of price the stock rose by just 3%. ADANIGAS on the other hand witnessed 344% spike in the traded volumes but its stock managed to deliver 12% price gains. Its stock price rose to Rs 219 from Rs 195. IOC remained almost flat despite 299% spike in the volume, its stock price rose by just 0.3%.

Vaibhav Global (NSE: VAIBHAVGBL) was another stock that despite tremendous gains in the traded volume managed to remain positive by the end of the week. VAIBHAGBL stock price grew by only 0.2% during the week. Century Enka (NSE: CENTENKA) stock price remained unchanged to Rs 179 despite major volume gains during the week.